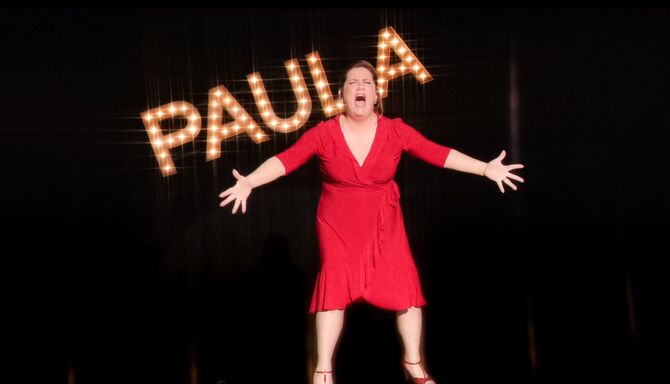 After Everything I've Done For You (That You Didn't Ask For)
Performer(s): Paula Proctor — First Appearance: ""Paula Needs to Get Over Josh!""
Written by: Adam Schlesinger and Rachel Bloom — Genre: Jazz

"After Everything I've done For You (That You Didn't Ask For!)" is a song performed by Paula Proctor in response to Rebecca Bunch lying to her about her affair with Greg Serrano. In the song she is furious at Rebecca for undoing all the work she put into making a romance happen between her and Josh. The song was first heard in the Season One episode "Paula Needs to Get Over Josh!.” It is reprised by Rebecca as “After Everything You Made Me Do (That You Didn’t Ask For)” in the Season Three episode “To Josh, With Love..”

Retrieved from "https://cxg.fandom.com/wiki/After_Everything_I%27ve_Done_For_You_(That_You_Didn%27t_Ask_For)?oldid=18894"
Community content is available under CC-BY-SA unless otherwise noted.