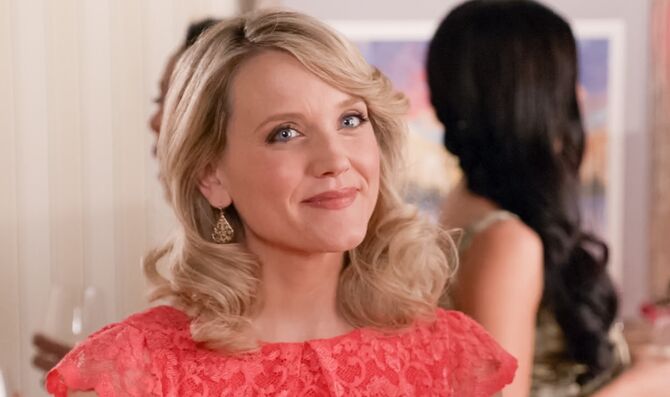 Ashley Pratt is an actress and West Covina, California native who grew up alongside members of The Crew. Back then she had a crush on Josh Chan and was herself the object of affection for Greg Serrano. She was unaware of this and after graduating pursued an acting career. In between acting gigs she is employed by the "Sofistic8ted Ladies" agency to liven up parties. Her first appearance was in the Season One episode "I'm Back at Camp with Josh!". She is portrayed by actress Megan Heyn.

In February 2016, Ashley Pratt's employer the Sofistic8ted Ladies agency sent her along with twenty four other women to attend a party. The client was Darryl Whitefeather who had three other guys at a PPV party he was hosting. He hired Ashley and the other women liven up the festivities. Ashley wasn't there long before she got a closer look at Darryl's guests. She recognized a few of them as former high school classmates. One was "White Josh" Wilson who resembled her high school crush Josh Chan. The other was Hector who she once punched when he offered her pot to go to a party. The third person she didn't recognize at all.

She assumed he was either from another school or home schooled judging from how he looked. He introduced himself as Greg Serrano, a former classmate from kindergarten to high school. When they were teens his locker was next to hers, he was on the debate team and also student body treasurer. Ashley still failed to remember him but was charmed by him when he made her laugh. She accepted his invitation when Greg asked if she wanted to get a wine cooler. They found a quiet corner by themselves on Darryl's sofa and started catching up. Ashley was embarrassed when Greg praised her acting career.

She confessed the work she'd done so far playing corpses on procedural shows like "Bones (TV series" wasn't impressive. Greg again amused her with a joke which had Ashley wistfully wishing she had talked to him in high school. The easy conversation between her and Greg soon escalated into a make-out session which she reluctantly brought to an end. Her time on the job was almost up and she needed to head back to Los Angeles. Ashley told Greg she had the go but reminded him he had her contact information and would like to see him again. She also stated that she could see herself settling down with someone like him ("I'm Back at Camp with Josh!").