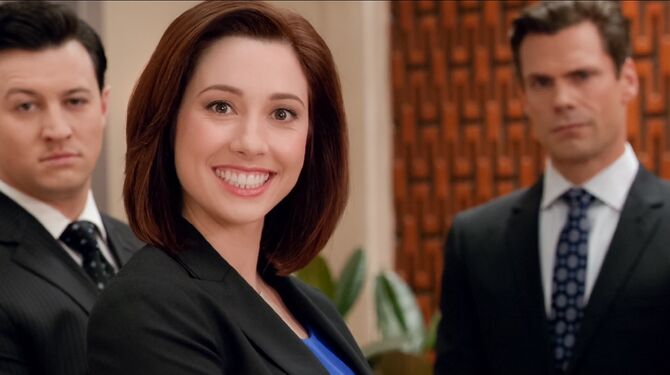 Months later, Audra and David were invited to a Bar Mitzvah for a teenager of a family at their temple. His name was Skyler who was the cousin of Rebecca Bunch. Once the ceremony was over, David and Audra attended the after party where they ran into Rebecca who was there with her boyfriend Josh Chan. After Rebecca mocked her brief tryst with David, he and Josh left to let Audra and Rebecca catch up. ("Will Scarsdale Like Josh's Shayna Punim?").

Audra visited Rebecca at the Bunch residence. She suggested to Rebecca that Naomi is acting nicer because she has a hidden agenda, which made Rebecca suspicious.("I Never Want to See Josh Again.")

In a personal crisis, Audra had an affair with a gambler at Las Vegas, leaving her husband David alone with their triplets. To keep this a secret, he called Rebecca to convince Audra to return home. Although Rebecca had bigger problems going on in her life, this was a welcome distraction, so she agreed. The same applied to the rest of the Gurl Group, so they all went. Eventually, Audra realized the gambler was not what she had imagined him to be and decided to return to her husband and children. In the process, she and Rebecca learned what each esteem in the other.