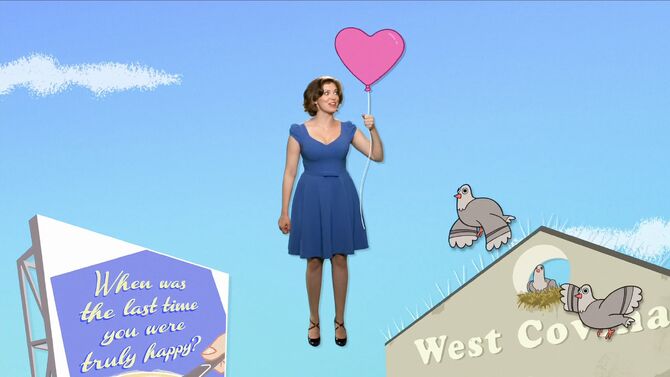 A Balloon is a hollow rubber sac with an opening that is expanded to capacity by air or helium to form a bubble. The opening is tied off to seal off the air or gas inside and usually a string is tied around the end to maintain it's shape. A balloon has been featured on "Crazy Ex-Girlfriend" both in promotional materials and in the opening credits (♫ Crazy Ex-Girlfriend Theme Song ♫). In both cases the main character of Rebecca Bunch is seen holding a balloon which is in the shape of a heart. A balloon was first seen in the Season One episode "Josh Just Happens to Live Here!".

A balloon was used extensively to promote the show on billboards where a few used a 3-D effect.

They were also featured prominently in various ad campaigns with star Rachel Bloom holding a balloon. 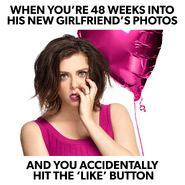 Judging from the ad copy of the promotional materials which state "Never Let Go" the ballon is meant to symbolize Rebecca's romantic fantasy which she can't give up on. As an example, in the animated opening credits for Season One, Rebecca literally lets the balloon carry her away to her new home in order to chase after Josh.