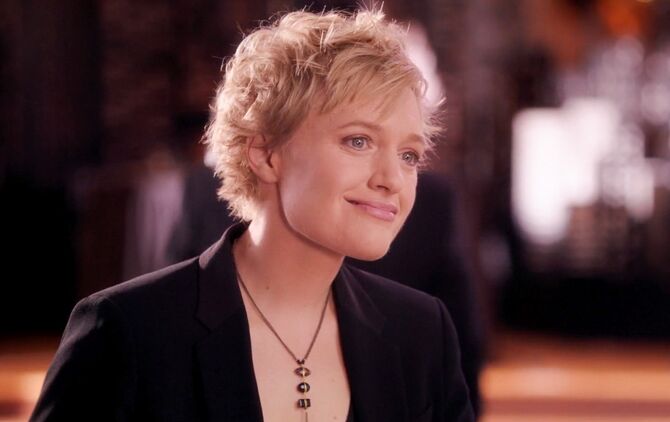 Beth is the girlfriend and business partner of Valencia Perez. She once worked at a P.R. firm and met Valencia while looking for contacts in Southern California. She now lives in West Covina with Valencia and works in her event planning business. Her first appearance was in the Season Three episode “Nathaniel and I Are Just Friends!” She is portrayed by actress/comedian Emma Willmann.

In 2016, Beth was living in Los Angeles and working for a P.R. firm. Her clients were going to be holding events in the San Gabriel Valley area so she researched online any local contacts she might need. She came across Valencia Perez’s event planning website and was intrigued. Beth met her at the local bar Home Base and took a liking to Valencia. She complimented her on actually looking like the photos on her website when usually the people she met looked nothing like the pictures they posted. Beth found Valencia’s response to this amusing furthering her attraction. Eight months later, Beth quit the P.R. job and started dating Valencia. She also became a partner in her girlfriends event planning business.

One of the events they planned was a baby shower for local attorney Darryl Whitefeather. Valencia had a personal connection to the baby shower as two of her best friends were involved in it. One of them, Rebecca Bunch, had provided an egg to Darryl which he fertilized. Her other friend Heather Davis agreed to carry the egg to term and give birth to the baby. Valencia was happy with how the event turned out praising Beth for handling the business side of things while she focused on putting the event together ("Nathaniel and I Are Just Friends!"). They later were contacted about a sweet sixteen party but Valencia dismissed it as too low rent like her hometown and was eager to book more sophisticated events.

She asked Beth about the chances of working the upcoming Jessica Alba charity event. Beth told her it was unlikely and insisted they take the birthday party job as they didnt really have a choice financially. To further save money they accepted Valencia’s ex-boyfriend Josh Chan’s offer to deejay the event for free. Valencia decided to use the birthday party as a way to promote her event planning talents in hopes of attracting better clientele. Beth was critical when Valencia made the party a 1920’s jazz theme against the wishes of the birthday girl Janie who wanted something more modern. When the party started the event looked great but the party goers were having a miserable time.

Beth told Valencia they didn't get the Jessica Alba gig but that this event needed their attention. She pointed out Janie deserved a better party and shouldn't suffer because of Valencia's insecurities. Beth told Valencia to stop being ashamed of her hometown and embrace it as Josh does. Valencia realized Beth was right and decided to liven the party up with a dance she and Josh did when they were named Homecoming King and Queen in high school. It was called "The Royal" and it immediately got everyone at the party's attention. Beth was impressed herself and encouraged all the party goers to go onto the dance floor to join Josh and Valencia ("Trent?!").