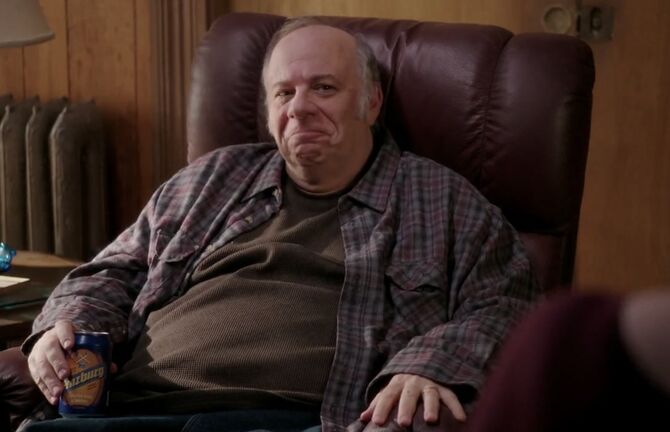 Bob O'Brien is a native of Buffalo, New York and father of Paula Proctor. He is an unabashed alcoholic who has antiquated sexist and bigoted beliefs. Paula would often quote various unhelpful advice he gave to her when she was growing up. His first appearance was in the Season Three episode "Getting Over Jeff.” He is portrayed by actor Eddie Pepitone.

In 2016, Bob O'Brien was at his home in Buffalo, New York working on something when he fell and hurt himself. His wife was going on a religious retreat for a week in Minnesota and was unable to care for him. She called their daughter Paula Proctor who lived on the west coast with her family in West Covina, California. Paula agreed and showed up the next day along with her friend named Rebecca Bunch. After they were introduced Bob got along well with Rebecca who was amused by his unique insights. Paula was less impressed and went to the grocery store to buy him more food and alcohol.

While she was out, Bob and Rebecca watched a conservative news channel together. Rebecca was fascinated by it noting how the anchorwoman all looked the same like former Ms. USA’s. Bob told her by putting them all on the news they avoid having to send them to the glue factory which made Rebecca laugh. At Bob’s suggestion they started drinking shots when Paula returned from the store. She wanted to talk to her friend about something but Bob and Rebecca were too busy getting wasted. They drank well into the night until Bob retired to bed and Rebecca received a text from someone.