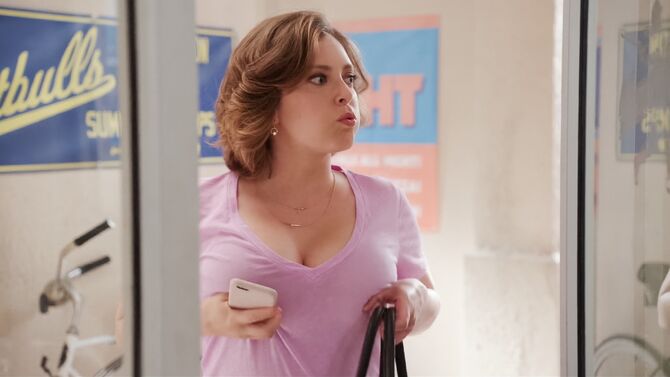 "Bonnie & Clyde" is the nickname Rebecca Bunch gave to her breasts. On the show her bust size has been used for a number of running jokes. Below are a list of each example of this recurring theme. The first instance of this joke was in the Season One episode "Josh's Girlfriend is Really Cool!".