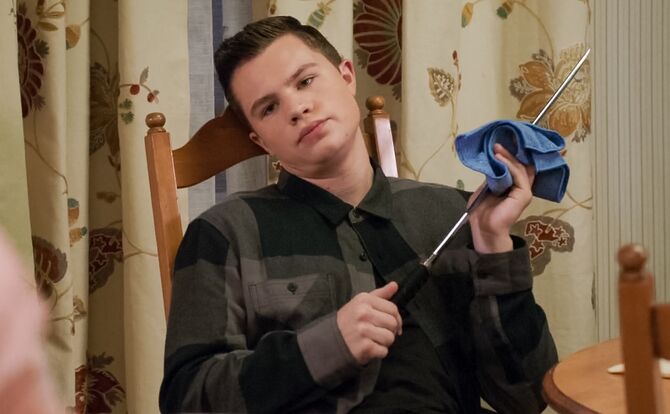 Brendan Proctor is the oldest son of Paula and Scott Proctor and brother to Tommy. He has a fetish for sharp blades which disturbs his family and he can often be seen wielding an edged weapon. Brendan was once a drug dealer and sold weed. His customers once included Valencia Perez and his father Scott. His first appearance was in the Season One episode "I Hope Josh Comes to My Party!". He was initially portrayed by Zayne Emory. Elijah Nelson took over the role just for Season 2, Emory then played the role for the remainder of the show.

In October of 2015 one night at the Proctor residence, Brendan Proctor accidentally stabbed his brother Tommy with a blade from his collection. In a panic, Brendan called his mother who was working late at the Whitefeather & Associates. When she finally answered Brendan explained what happened and asked what he should do. He was surprised to find she was preoccupied by something else and somewhat annoyed that he had called her. Even after Brendan mentioned that Tommy was bleeding his mom still didn't seem to care. Ignoring Brendan's pleas his mother told him to figure it out on his own and hung up on him ("Josh's Girlfriend is Really Cool!"). Days later, Brendan was polishing a katana at the dining room table despite the incident with Tommy.

His mother interrupted him and asked if he saw a white table cloth she was looking for. Brendan replied he hadn't seen it and returned to cleaning the blade. His mom reminded him she didn't want any katanas at the dining table but Brendan just stared at her. Brendan was so focused on his task he didn't bother acknowledging his father when he briefly appeared. His brother Scott then joined him at the dining table complaining about a test at school. When his mother suggested his brother for some reason run with scissors Brendan chimed in that that was bad advice ("I Hope Josh Comes to My Party!"). On Thanksgiving day, Brendan and his family hosted the holiday dinner which had several of thier relatives in attendance.

He was seated next to his brother Tommy and was completely uninterested in being there. Brendan lazily ate his food while staring at his mother who was watching something on her cell phone. His father guessed it was one of her soap operas she was engrossed in and she confirmed his suspicions. As the dinner continued Brendan fell asleep, a feat he accomplished while still holding on to his fork. He missed his father scolding his mom for still watching her soaps and continued to snore while his father asked everyone to observe a moment of silence for the recently departed family member Aunt Judy ("My First Thanksgiving With Josh!")

After dinner one day, Brendan is still starving and goes to the kitchen to get some food. While he’s there he tells his mother not to wake him up in the morning since he got suspended from school. Brendan had been playing with his lighter and ended up setting another student’s book on fire. His mom was furious and wanted his father to deal with the matter. His dad misunderstood what she wanted and instead told Brendan not to stop eating the cheese without bread. Brendan then went back to his room without another word ("When Will Josh and his Friend Leave Me Alone?"). When Rebecca Bunch babysits Tommy it is mentioned that Brendan went away on another one of his cross country trips ("Who Is Josh's Soup Fairy?").

Brendan accompanied his mother, brother, father on a family outing to the annual carnival in West Covina. His mother’s friend Rebecca had gone missing after her past scandal at Harvard became known. Brendan and the others were attempting to cheer her up and Tommy wondered why his mom even hung out with Rebecca whi he described as a psycho. Brendan chimed in that Rebecca had nice boobs when his see father told him to be respectful so he changed his phrasing to beautiful breasts. His mother send to offended by his remarks and Brendan told her he was pretty much a grown man. His mother said it wasn’t his comment that startled her but what she thought she just saw - Rebecca and Lourdes Chan together ("Josh's Ex-Girlfriend is Crazy.")