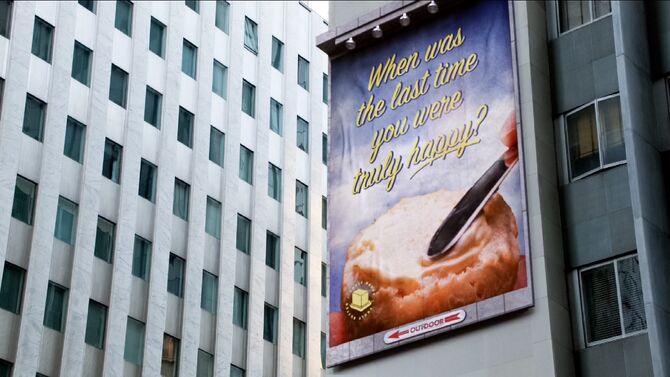 The Butter ad campaign was a series of advertisements in print, television and billboards promoting the Truly Happy Truly Butter product. It was the brainchild of the company's marketing manager Gary. He was going through some issues in his private life at the time which resulted in some intense ad copy. Although his slogans were just personal indictments directed at himself, many people began asking themselves the same questions posed in the ads. The resulting popularity of theses advertisements also managed to increase butter sales significantly. The Butter marketing campaign was first seen in the Season One episode "Josh Just Happens to Live Here!". A cartoon version of the butter ad can also be seen on a billboard during the opening credits.

Voice of the ad campaign[]