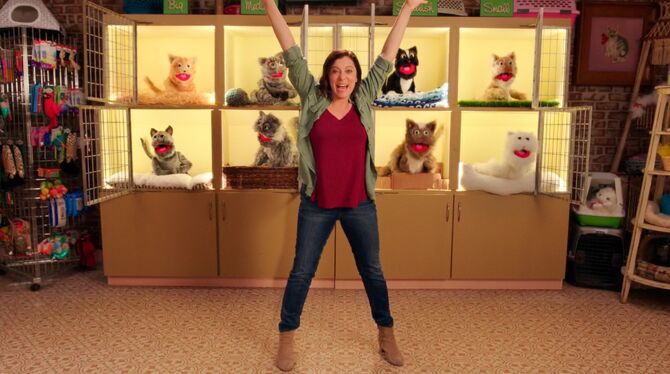 "Buttload Of Cats" was a musical performance by Rebecca Bunch accompanied by Paula Proctor, Heather Davis and Valencia Perez. In this song Rebecca is sings about being single and getting a bunch of cats. The song's first appearance was in the Season Three episode "Trent?!".

In this version the title of the song is changed to “Fuckton Of Cats.”

Retrieved from "https://cxg.fandom.com/wiki/Buttload_Of_Cats?oldid=13007"
Community content is available under CC-BY-SA unless otherwise noted.