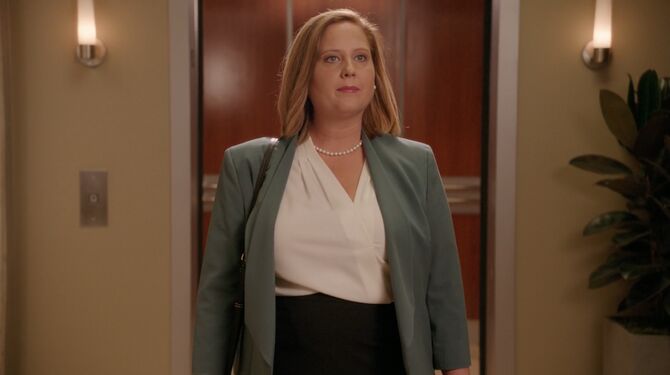 In 2016, Cornelia Wickfield was working for the Los Angeles law firm of Plimpton, Plimpton and Plimpton. One of the partners Nathaniel Plimpton III requested help in the new branch office he was now running in West Covina. Cornelia was sent to take over the case load of a lawyer named Rebecca Bunch who resigned. She arrived at the office and was greeted warmly by the staff. However, she eventually started to get uncomfortable with the weird attention her co-workers were giving her. Jim was flirting with her, Maya was looking for her to be a mentor and her boss Darryl Whitefeather was asking her about relationship advice. She couldn’t even take a lunch break without being interrupted and threw out a burrito she bought just to avoid her co-workers.