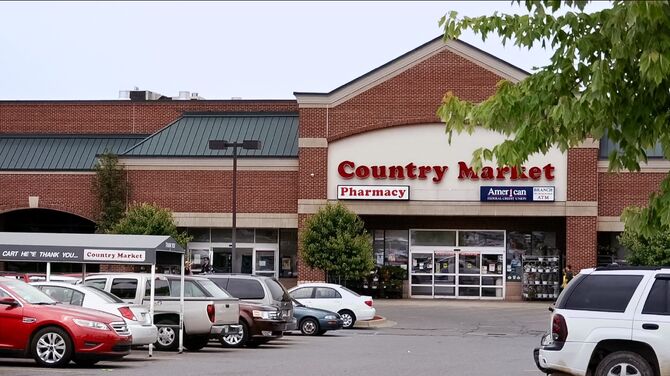 Country Market is grocery store in West Covina, California frequented by notable residents such as Rebecca Bunch. It's employees include Marty, Brody and Ally. It's first appearance was in the Season One episode "Josh's Girlfriend is Really Cool!".

Only a few weeks after moving into town Rebecca runs out of aspirin and makes a quick run to the Country Market store to resupply. She didn't bother dressing up and went to the store in a messy and disheveled state. As Rebecca picked up a few snacks she saw Josh in the frozen food section canoodling with his girlfriend Valencia Perez. Marty the grocery clerk noticed her staring at them and asked if she was okay. Rebecca muttered that she just saw her ex-boyfriend making out with a beautiful woman. Marty asked if her ex knew she still into him only for Rebecca to snap at him that she and Josh were just friends. She ducked down an aisle to avoid being seen only to run into Greg. He was a bit put off by her appearance but wanted to discuss what happened between them at Beans' party.

Rebecca tried to avoid the subject as Greg's friends Hector and White Josh showed up. Greg introduced them before she walked off the aisle only to stop when she saw Josh again. This time Josh spotted her and but was unable to prevent Valencia from seeing Rebecca. Greg had joined her concerned at her having frozen in place as Josh reluctantly introduced Rebecca to Valencia. He lied about how they knew each other stating that he and Rebecca were only eight years old when they went to sumner camp together. Greg was surprised as he had assumed they knew each other from New York City. Valencia was wary of Rebecca but invited her to join her Yoga class the next day. Rebecca quickly left only to be intercepted by Josh. He told her not to reveal the truth as he didn't want to upset Valencia ("Josh's Girlfriend is Really Cool!").

Months later, Greg was enrolled in businesses classes at community college and went to the store to get some coffee for a late night study session. He ran into an acquaintance who worked there named Marty and decided to help him in a love triangle involving his co-workers Ally and Brody ("Josh's Sister is Getting Married!"). 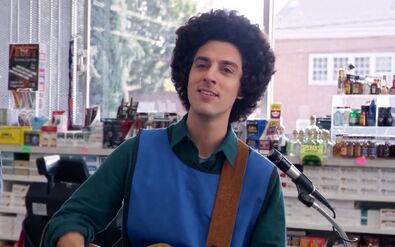 Marty
Marty is a grocery clerk who has a crush on Ally. 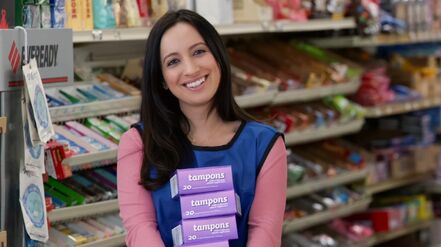 Ally
Ally is a grocery clerk who has a crush on Brody. 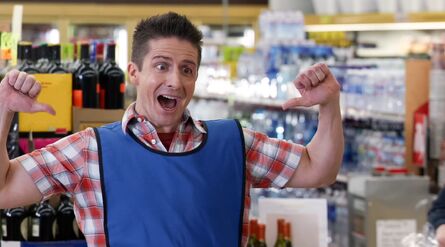 Brody
Brody is a disfigured but charismatic grocery clerk. 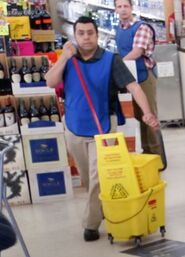 Rick
Rick was on maintenance duty when Marty serenaded Ally.
Community content is available under CC-BY-SA unless otherwise noted.
Advertisement