Crazy Ex-Girlfriend: Oh My God, I Think It's Over 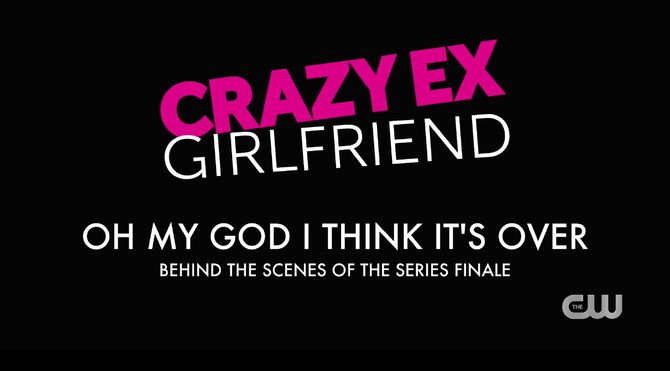 Crazy Ex-Girlfriend: Oh My God, I Think It's Over! was a documentary which showed the behind the scenes production of the series finale of Crazy Ex-Girlfriend." Both cast and crew members on the show were featured in interviews and a special performance dedicated to Rachel Bloom closed out the Webisode. It debuted on The CW Seed on Apil 3, 2019 the day before the series finale aired. On June 7, 2022 the documentary was uploaded on Rachel Blooms YouTube channel racheldoesstuff.

Cast and Crew assemble for the final table read of the show.
(featuring interviews with Rachel Bloom, Aline Brosh McKenna and Erin Ehrlich)