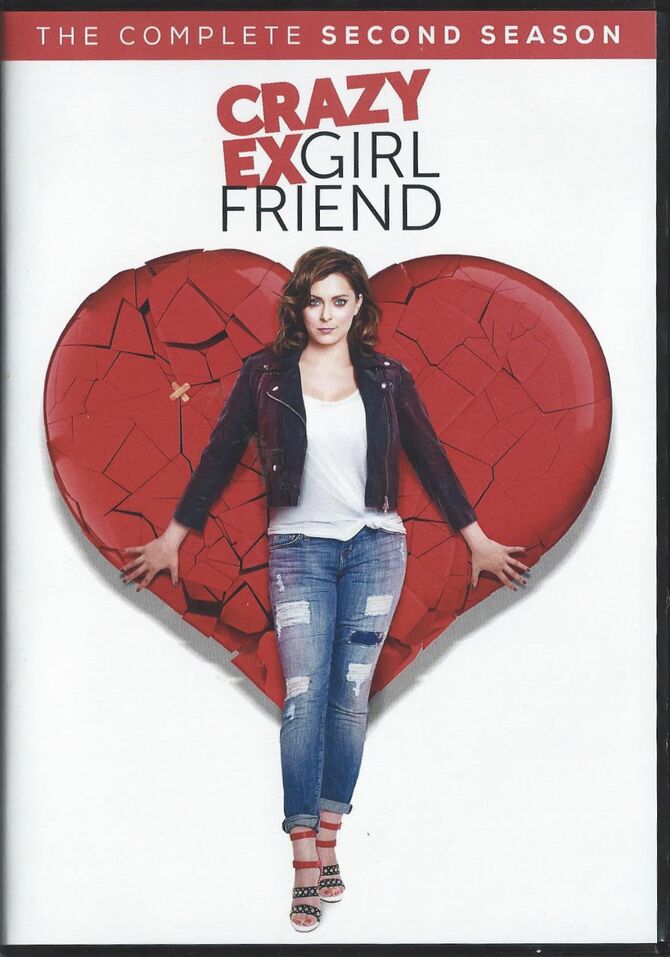 "WELCOME BACK TO WEST COVINA"
"Last season on Crazy Ex-Girlfriend, Rebecca Bunch (Rachel Bloom) moved to West Covina, California, inspired by her seemingly providential run-in with old summer-camp boyfriend Josh Chan (Vincent Rodriguez III). Rebecca’s arrival has unforeseen consequences for everyone in town - most of all for herself. As she battles her demons, trying to carve out a happy, useful, moral place in the world – in the town where Josh Chan just so happens to live – Rebecca for the first time in her life, has the freedom to make choices. Many of them are disastrous, but hey, who’s counting? In the end, Rebecca finds herself entangled with both Josh and Josh’s BFF Greg (Santino Fontana), and she has to make a choice between messy reality and her beloved fantasy world. You know how you’re on a date to a wedding with a guy and next thing you know you’re making love on a magic carpet over Southern California...?"

Crazy Ex-Girlfriend: The Complete Second Season has only three discs compared to four on the last official DVD release. This was due to there only being thirteen episodes in total while Season One had eighteen. However, there is additional bonus content on Disc One and Disc Three which includes audio commentary, a gag reel and deleted scenes.