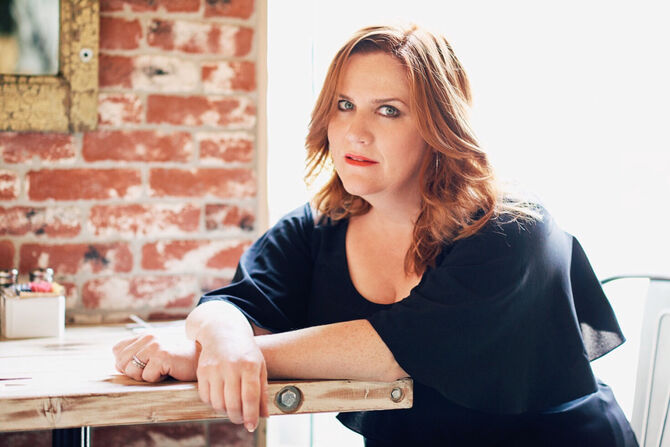 In an article on "Bust.com", it was mentioned in passing that "Crazy Ex-Girlfriend" co-creator Rachel Bloom" is Donna Lynne Champlin's second cousin. They first met in 2005 at a "Sweeney Todd" CD signing for the Broadway revival of that musical. Champlin was a part of the cast playing the part of Pirelli and Bloom was a student at New York university. Champlin recalls:

“I distinctly remember her. A) It was her coat. B) She said something that was so incredibly insightful and intelligent. It made an impression on me. I thought, ‘That orange coat girl is going to do something amazing.’ I had this premonition.”

Champlin is one of three actors on "Crazy Ex-Girlfriend" (David Hull and Santino Fontana are the other two) who has appeared in the online comedy web series "Submissions Only".

Retrieved from "https://cxg.fandom.com/wiki/Donna_Lynne_Champlin?oldid=18916"
Community content is available under CC-BY-SA unless otherwise noted.