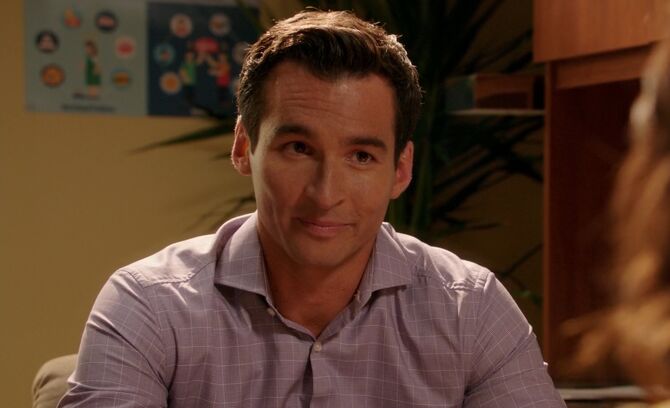 In 2017, Dr. Daniel Shin had a new patient named Rebecca Bunch, an attorney at a local law firm. She had been brought into Glenn Willow Medical Center after having attempted suicide on a flight from her home in Scarsdale to Los Angeles. He visited Rebecca in her room after she recovered from having her stomach pumped of the anti-anxiety pills she tried to overdose on. Her friend and co-worker Paula Proctor was there and Daniel was put off by her smothering behavior towards Rebecca. He told Rebecca that he believed she had been misdiagnosed by all her previous therapists. Daniel assured her that he would work with her current psychiatrist Dr. Noelle Akopian to try and correctly identify the mental affliction she was suffering from.

Sometime later he scheduled an appointment with Rebecca after having finished studying her case. She arrived excited to be told what her new diagnosis was but Daniel had a few caveats before telling her. He told her his research was thorough but she needed to curb her enthusiasm as no diagnosis was perfect. In addition he specifically warned her not to look up her condition online. Daniel then told Rebecca he believed she suffered from Borderline Personality Disorder. Rebecca was unsure how to react to this as she was unfamiliar with the condition and began asking questions. Daniel told her they would discuss it at length once she attended the group therapy session her but she decided to skip and research the condition herself despite his warnings.