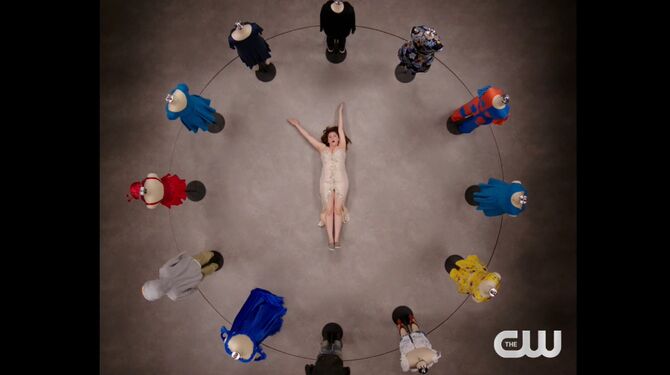 "Eleven O'Clock" is a musical performance by Rebecca Bunch. In this song she tries to make a decision as the deadline approaches. Its first appearance was in the Season Four episode "I'm In Love."