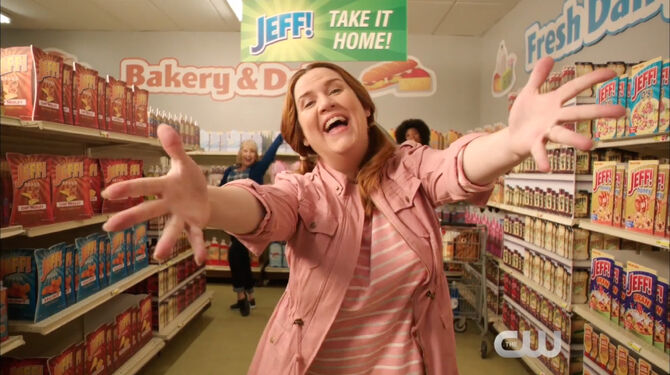 “First Penis I Saw” is a musical number performed by Paula Proctor. In this song Paula reminisces about her first love Jeff. This song premiered during the “Crazy Ex-Girlfriend” Vulturefest event on November 20, 2017. It was featured in the Season Three episode "Getting Over Jeff.”