Crazy Ex-Girlfriend Wiki
Register
Don't have an account?
Sign In
Advertisement
in: Songs, Season One Songs, Rebecca Bunch,
and 3 more 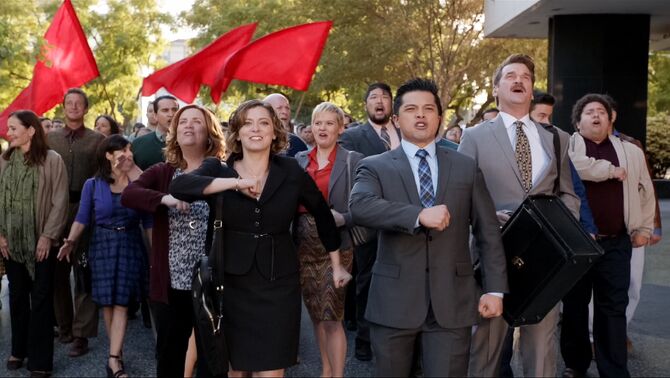 Flooded with Justice is a song sung by residents of San Gabriel valley who had been united by Rebecca Bunch and her law firm Whitefeather & Associates. Led by West Covina native Josh Chan, they were all participating in a class action law suit. It was against a company clled Greater City Water which had been diverting the surrounding areas water supply to Los Angeles. They gathered in front of the L.A. County courthouse and sang the song before the trial began. The songs first appearance was in the Season One episode "Josh and I Go to Los Angeles!".