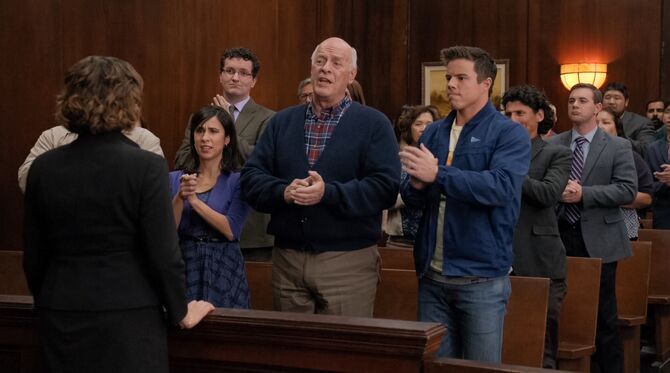 Flooded with Justice (reprise)
Performer(s): The residents of San Gabriel County — First Appearance: "Josh and I Go to Los Angeles!"

Flooded with Justice (reprise) is a song sung by residents of San Gabriel valley after the judge dismissed their class action suit. It was a reprise of another song they sang before the trial began. They were applauding Rebecca Bunch and her law firm Whitefeather & Associates efforts in representing them against Greater City Water. The reprise's first appearance was in the Season One episode "Josh and I Go to Los Angeles!".