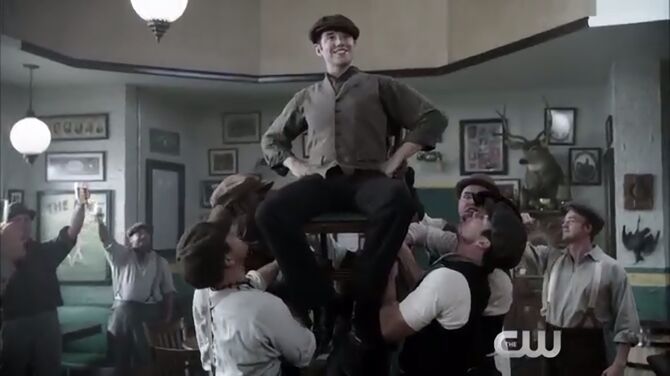 "Greg's Drinking Song" is a musical number performed by Greg Serrano with accompaniment by his friends. In the song he talks about his history of alcoholism and how he is taking steps to overcome his addiction. His crew and even his boss Kevin joins in to remind him of other past drunken incidents which he is unable to recall. The song's first appearance was in the Season Two episode "When Will Josh See How Cool I Am?".