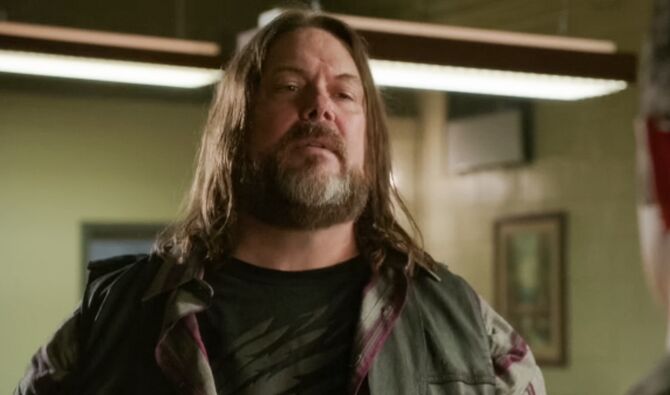 Guardrail is a biker and recovering alcoholic who resides in West Covina, California. His nickname was given to him by his buddy "Throttle" because he was so overprotective of his coccaine. He is a regular attendee for an AA group located on East Cameron where he is the sponsor of its latest member Greg Serrano. His first appearance was in the Season Two episode "When Will Josh See How Cool I Am?". He is portrayed by actor Jayden Lund.

Towards the end of 2016, Guardrail and his Alcoholics Anonymous group welcomed a new member named Greg Serrano. Guardrail was made his sponsor and tried to educate Greg about the first stages of sobriety. He told him that when the initial sense of happiness fades he'll have to deal with his underlying issues. Greg assured him he was fine and even volunteered to get donuts for the next meeting. Guardrail was let down when the next day Greg doesn't show up despite how he had emphasized the importance of donuts to the group. Greg showed up the next day with a box of expensive donuts and apologizes. Guardrail told him next time to just get regular donuts next time and more importantly to just show up ("When Will Josh See How Cool I Am?").