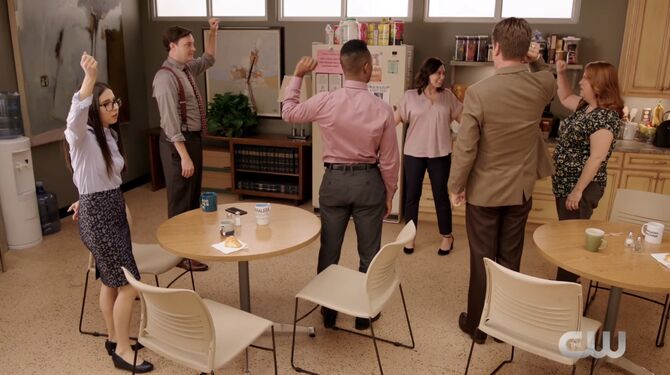 He's The New Guy
Performer(s): Rebecca Bunch and her colleagues — First Appearance: "Oh Nathaniel, It's On!"

“He's The New Guy” is a musical performance by Rebecca Bunch. In this song she tries to convince the staff of Whitefeather & Associates to turn against her ex-boyfriend and their boss Nathaniel Plimpton III. This song was featured in the Season Three episode "Oh Nathaniel, It's On!” it’s a reprise of the Season Two Song “Who's The New Guy?” which is also about Nathaniel.