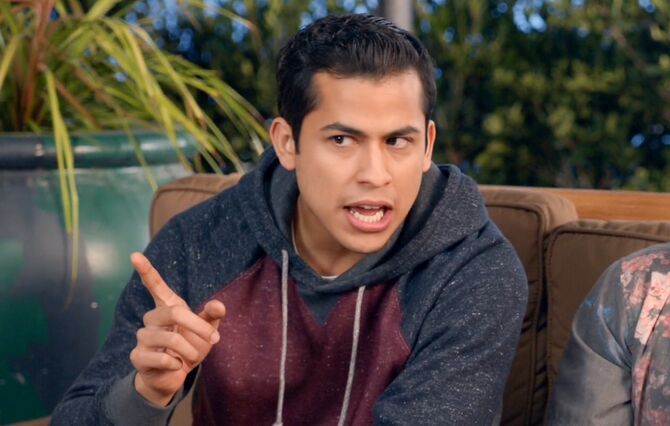 Hector Friend of Josh, husband of Heather and 202nd best surfer in the state of California.

Hector is a West Covina native who is ranked the 202nd top surfer in the state. Along with with Greg Serrano and White Josh he is close friends with Josh Chan. They all grew up together as kids and formed a tight knit crew. Hector is the youngest of the group and lived with his mother long after high school graduation. This was a fact he wasn’t ashamed of as he considered her his best friend. This changed when he started dating Heather Davis and saw his friend Josh Chan hanging out with his mother like he did. With a different perspective he decided to make changes and finally moved out to live with his girlfriend. On a whim Hector and Heather got married by a judge and later had a big ceremony in front of their family and friends. He and his wife Heather moved to El Segundo after he got a job there teaching surfing. His first appearance was in the Season One episode "Josh's Girlfriend is Really Cool!". He is portrayed by actor Erick Lopez.

"I'm So Happy That Josh Is So Happy!"