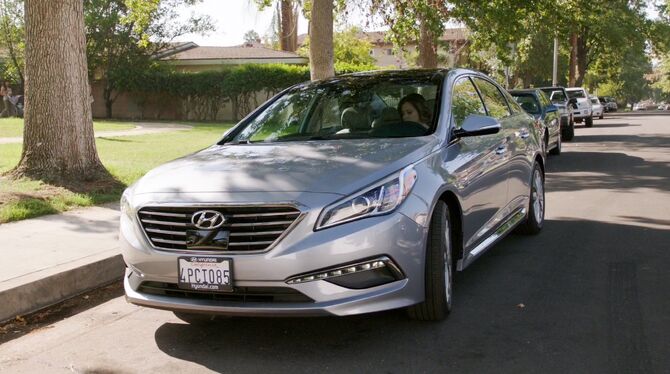 The Hyundai Sonata was an automobile Rebecca Bunch used to drive in West Covina, California during her first year in her new home. She had leased the vehicle not long after having moving to the west coast and was very fond of it. However, she had trouble making the payments which at one point caused the vehicle to be repossessed. Eventually she got it back but despite how much she liked the car she would later go on to replace it with a Subaru. The car was first seen in the Season One episode "Josh and I Are Good People!".