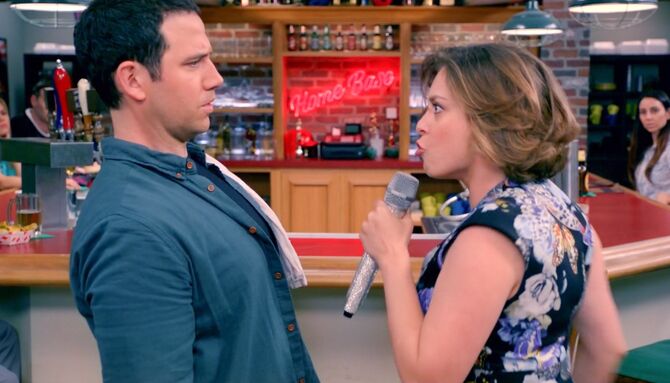 "I'm a Good Person" is a song Rebecca sang proclaiming how much better she was than everyone else. This was due to Greg calling her a bad person after she ruined thier date by running out on him to sleep with another guy. It was first heard in the Season One episode "Josh and I Are Good People!". The song is track number 14 on the Crazy Ex-Girlfriend: Original Television Soundtrack (Season 1 - Vol.1). It is one of several songs from the show to have an explicit version that was released on Rachel Bloom’s Youtube channel racheldoesstuff.

At the end of Season Three, after Rebecca pleads guilty, an a cappella version of the song is played over the ending credits.

When performing the song at the concert special, before starting the song, Rachel says that she donated to charity while on commercial break. When asked about what charity, she says that the charity name is "Children". Later on, when she threatens people to say she's a good person, she went to the audience and threatened her parents to say she's a good person, and if not, she'll put them in a bad nursing home.

Retrieved from "https://cxg.fandom.com/wiki/I%27m_a_Good_Person?oldid=18281"
Community content is available under CC-BY-SA unless otherwise noted.