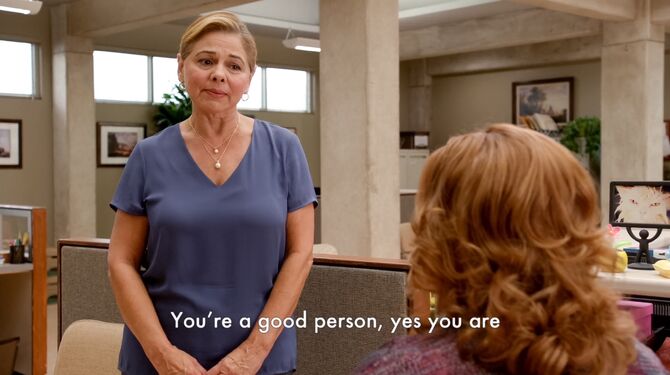 "I'm a Good Person (silent reprise)" is an unofficial reprise of "I'm a Good Person". It was "performed" by Mrs.Hernandez to Paula in response to her actions involving thier co-worker Tim. He and Jim had been bullying Paula but she wound up with leverage over him after finding out he was in the states illegally with an expired work Visa. Instead of turning Tim in she decided to keep quiet about it unwilling to break up his family. The "song" was first heard in the Season One episode "Josh and I Are Good People!".