I'm the Bride of the Pirate King 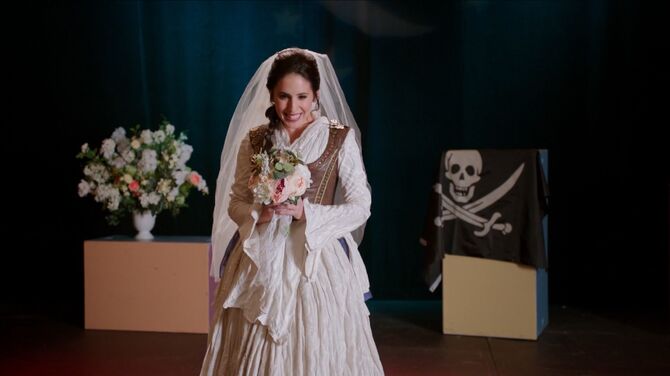 "I'm the Bride of the Pirate King" is a musical performance by Valencia Perez. In this song the character Valencia portrays is obsessed with being the bride of a pirate despite how poorly he treats her. Its first appearance was in the Season Four episode "I'm Finding My Bliss."