I Need A Break 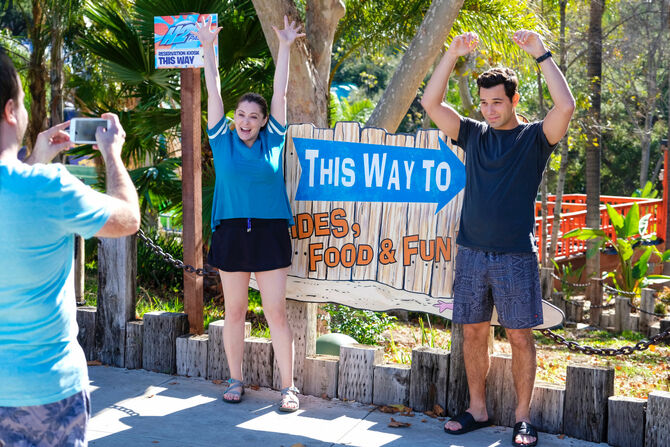 I Need A Break

Rebecca asks Greg to go with her to the Raging Waters, which he reluctantly agrees to. Over at the firm, Paula argues with Nathaniel about going to the county jail. He points out that she's working at her job, volunteering at the county jail and studying for the bar exam, but she assures him that she's fine.

At her therapy session, Dr. Akopian expresses her concern about Rebecca moving too fast in her relationship and suggest her to slow down. She also recommends her using antidepressants to help stabilize her mood, which Rebecca rejects, which makes Dr. Akopian worries that she's going to relapse.

At the Raging Waters, Rebecca gets disappointed when she realizes that Greg is not interested in the water park and that he's getting bored. This leads him to say that even though he's not enjoying it and that he hates most of the things, he's doing it for her (♫ I Hate Everything But You ♫).

Mrs. Hernandez is worried about Paula and suggest that she may be going through a menopause and that she should visit her gynecologist. Scott also notices that Paula seems tired and asks her to take a break.

She goes to Dr. Shin's office, which is closed at nights, so she spends the night sleeping on the bench outside. During their session she realizes that she's stopped going to both individual and group therapies and promises that she will start going again. He suggests that the most people with BDP use a combination of therapy and medication, which she refuses because it makes her numb. Just like Dr. Akopian, he also recommends antidepressants promising that they won't make her numb.

Paula visits her gynecologist and describes her symptoms. Hew tells her that she's actually having a heart attack and not entering a menopause. Scott and Rebecca visit her after the surgery and see that her doctor is the twin bother of her doctor when she had a UTI. Paula agrees to live a more healthier life in the future once Rebecca asks her to promise her that.

In the final scene, Rebecca starts taking antidepressants and reading literature about BPD.