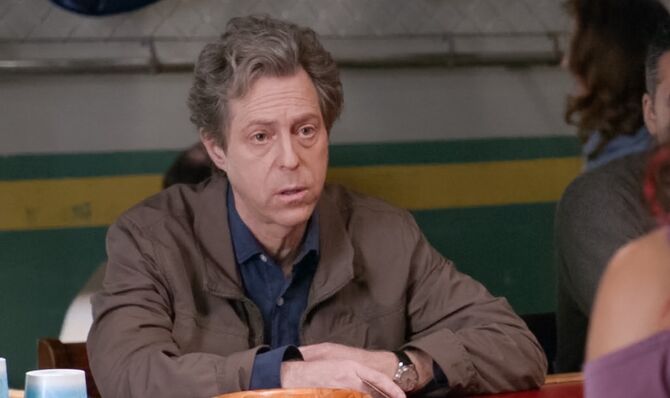 Irving is a middle aged man who is a resident of West Covina, California. Whenever he tries to assert himself he always seems to be ignored by people. His frustration over this only increases the gloomy and depressing vibe he gives off. His first appearance was in the Season One episode "I'm Going on a Date with Josh's Friend!". He is portrayed by actor Jeff Khan.

In October 2015, Irving had his x-rays done at a radiology lab run by Joseph Chan. Afterwards he was sitting in an examination room wearing only a blue paper disposable medical gown awaiting the results. Joseph's son Josh Chan brought in the x-rays and hung them on the light box which made Irving anxious. Irving asked him what the x-rays showed but Josh told him he had to wait for the doctor to show up and give him the news. Irving pleaded with Josh to tell him as he couldn't wait anymore. Josh took pity on him and was about to tell him when he received a phone call. As he answered his phone and talked to his friend Irving persisted in trying to get Josh's attention but kept getting ignored ("I'm Going on a Date with Josh's Friend!").

The following year in April 2016, Irving was at Home Base and struggling to get the attention of a bartender there called Heather Davis. She was busying herself by counting, touching and eating cherries that were in stock. When Irving interrupted her she told him that he made her lose count. Irving volunteered to count for her if she would make him the vodka he had ordered earlier. Another bartender named Greg Serrano seemed like he was going to intervene and it looked like Irving would finally be served. However, Irving was again ignored as Heather and Greg started talking. In the background, Irving silently expressed his annoyance when Heather remarked that it was slow day at the bar with nothing to do ("Josh is Going to Hawaii!").