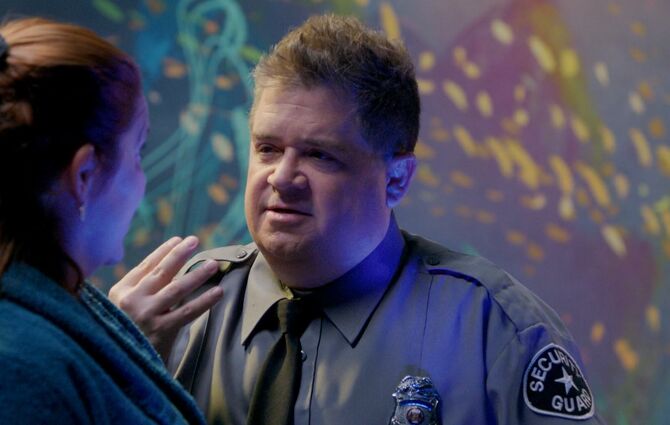 J. Castleman is a West Covina graveyard security guard. He once bribed Paula Proctor into going on a date with him. He later ran into Paula and her friends visiting the graveyard. His first appearance was in the Season Two episode "When Do I Get to Spend Time With Josh?." He is portrayed by actor/comedian Patton Oswalt.

While J. Castleman was doing security at the cemetery he found two people digging up a grave. Although one of them ran away he caught the other who turned out to be a local paralegal named Paula Proctor. He worked out a deal where she agreed to go on a date with him and in return he'd let her go. Paula made good on her promise and Castleman took her to his favorite place, the local aquarium. He was enthusiastic to share his love of marine life and reminded Paula she owed him when he sensed her apprehension. After getting her to touch a manta ray and sea urchin he insisted they look at some coral but got confused when he tried to show her the way. ("When Do I Get to Spend Time With Josh?").

One night Castleman was again patrolling the cemetery when he happened upon Paula and three of her friends Rebecca, Heather and Valencia visiting a particular grave. He eavesdropped on them and learned Rebecca was using a stranger's embarrassing death years ago to get some cathartic release about her own transgressions. Castleman was aware of Rebecca's shameful past since he also worked as an editor for the Daily Covina which recently published an exposé on her. He then scared the women when he revealed himself and greeted Paula who recognized him immediately from their date years ago. Castleman agreed that being haunted by the past is hard to overcome. It's also revealed he apparently murdered someone (♫ The Cringe ♫) ("I Am Ashamed").