Crazy Ex-Girlfriend Wiki
Register
Don't have an account?
Sign In
Advertisement
in: Songs, Season One Songs, Rebecca Bunch,
and 4 more 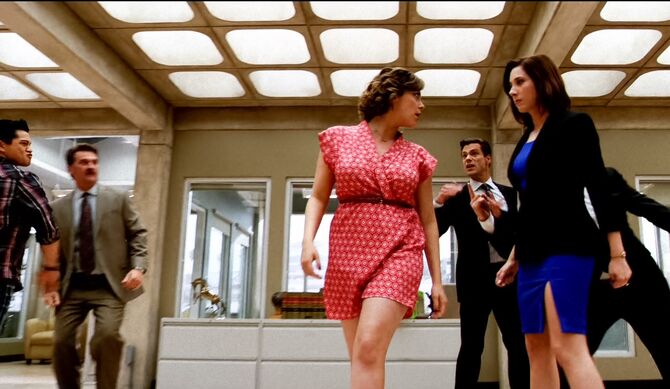 "JAP Battle" is a rap battle face off between Rebecca Bunch and her nemesis Audra Levine. During the face off they discussed their antagonistic history together and Audra advised Rebecca to drop the suit. It was first heard in the Season One episode "Josh and I Go to Los Angeles!". The song is track number 14 on the Crazy Ex-Girlfriend: Original Television Soundtrack (Season 1 - Vol.2). It is one of several songs from the show to also have an explicit version that was released on Rachel Bloom’s Youtube channel racheldoesstuff.