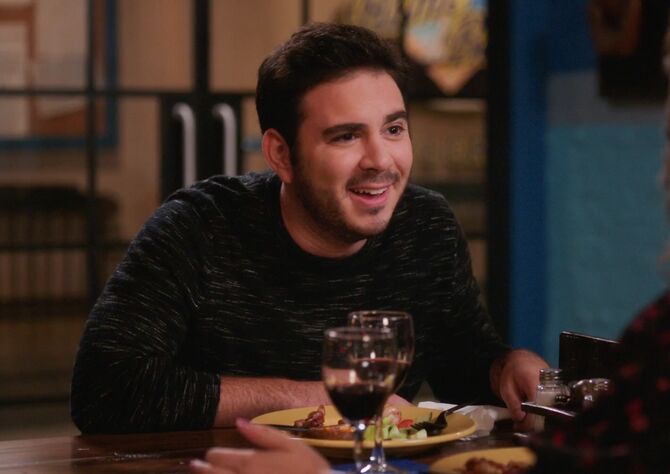 Jason is a resident of West Covina, California who Rebecca Bunch made a date with online not long after she first moved to the city. He is an avid gamer and played Call of Duty Black Ops 3 to the point he got carpal tunnel. Rebecca intended to have a one-night stand with him but changed her mind. Years later they would meet again and briefly date until a series of unfortunate events resulted in some embarrassing situations and culminated in Jason walking out on her. His first appearance was in the Season One episode "I'm Going on a Date with Josh's Friend!." He is portrayed by actor Grant Rosenmeyer .

Rebecca matches with him on a dating app and decided to bring him to her place and have sex (♫ Sex with a Stranger ♫). However, she is inspired by another butter commercial to make healthier choices and kicks Jason out. ("I'm Going on a Date with Josh's Friend!")

Years later, Rebecca finds him on a dating app. They arrange a date, which he ultimately cancels. ("I Will Help You"). They later go out on a sex date but Rebecca discovers that she has a yeast infection so she reschedules the date for three days later. Three days later, he picks her up from her place, but Rebecca realizes that the situation has gotten worse so she asks Valencia to kick him out. Later she decides to be honest with him and texts him the real reason for rescheduling which leads to another date at her place but the sex gets interrupted by Greg and Nathaniel. ("I Need Some Balance")

Jason is also present in the final episode in the audience next to Bert ("I'm In Love").