Crazy Ex-Girlfriend Wiki
Register
Don't have an account?
Sign In
Advertisement
in: Characters, Pairings, Season One Characters,
and 2 more 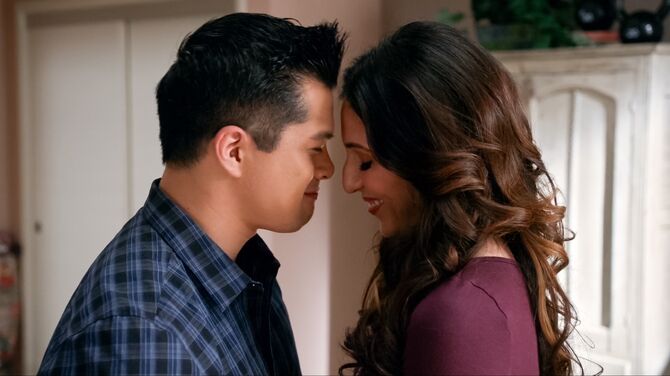 Josh and Valencia Former high school sweethearts and ex-significant others

Josh and Valencia are West Covina natives who were together as a couple for a span of about fifteen years. They took a break from the relationship only twice; once was at the end of their high school sophomore year over the summer and the other was when Josh was an adult and briefly moved to New York City. As time passed Valencia patiently waited for Josh to make the relationship official with an engagement. Although they seemed headed that way after moving in together Josh was reluctant to propose. The return of Josh's ex-girlfriend Rebecca Bunch into his life complicated things further. Ultimately, a frustrated Valencia had enough of Josh's unwillingness to commit and broke up with him. Their first appearance together as a couple was in the Season One episode "Josh's Girlfriend is Really Cool!". They are portrayed by Vincent Rodriguez III as Josh Chan and Gabrielle Ruiz as Valencia Perez.