Josh is Going to Hawaii! 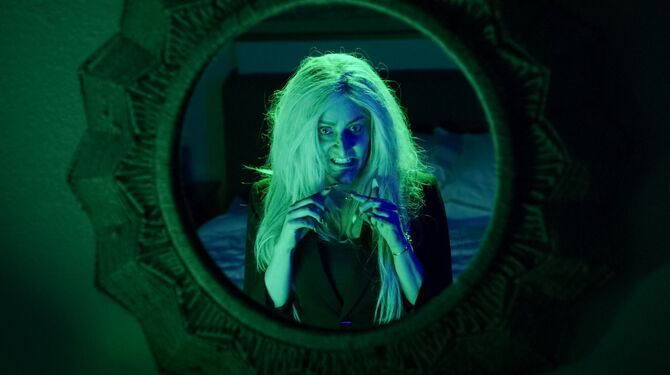 Josh is Going to Hawaii!

Josh and Rebecca are seperately driving home from Los Angeles after their courtroom kiss. A guilt ridden Josh heads to Father Brah's office for guidance. Although he is high from taking marijuana for his back pain, Brah advises Josh to tell Valencia what happened. Meanwhile Rebecca goes to Paula's house to celebrate. They are interrupted when Rebecca gets a call from Dr.Akopian about an appointment she missed. Paula suggests that Rebecca not contact Josh and let him come to her. Rebecca goes back to her apartment and is surprised when Josh shows up. He tells Rebecca that despite his attraction to her the kiss was wrong since they are both in committed relationships.

Rebecca tells Josh she "broke up" with Trent but this lie doesn't assuage Josh's guilt. He insists he has to tell Valencia and deal with the consequences. Once that’s done he intends to go to Hawaii to support Hector in a surfing competition. The next day Paula advises Rebecca to follow him to Hawaii and later joins a staff meeting called by Darryl. A new employee Maya introduces herself before Darryl returns the focus of the meeting to himself. He proudly announces to his staff he is bi-sexual to very little response (♫ Getting Bi ♫). Jim then steals his thunder by showing off a news report hailing Rebecca as a hero for her efforts on the Greater City Water case. Paula goes to tell Rebecca the news only to find her in distress.

Rebecca reveals she is broke and can't buy a plane ticket to follow Josh. Jim interrupts to let them know the mayor of West Covina is here to see Rebecca. The mayor tells her she is being given the Key to the City but due to her current financial crisis she is unenthused. Over at Home Base, Chris points out to Greg that his work environment with Heather might get messy since they just broke up. Despite Greg's assurances to the contrary he later notices Heather ignoring a customer and senses her annoyance with him. At the law firm, Rebecca receives a call from her mother who tells her she's proud of her and has just sent her a gift in the mail. The good mood doesn't last when Rebecca finds out her car is being repossessed.

Over at a fancy restaurant, Darryl and White Josh are having dinner. Darryl is disappointed when Josh suggests they slow things down and explore other options. In Rebecca's apartment she tries to raise money by selling her sofa. She later opens a package from her mother which contains the Garfinkel ring. Rebecca pawns the ring and purchases the ticket along with a few other items. After exiting a store she spots Valencia on the phone talking to her mother. Rebecca eavesdrops and learns Valencia believes Josh is going to propose. She goes home wracked with shame and discusses what she overheard to Paula. However for some reason, over Paula's objections, compulsively Rebecca decides to intercept Josh before he tells Valencia and goes to his apartment.

She is too late and as she arrives just in time to overhear Josh's confession to Valencia. Rebecca is heart broken when Josh declares he doesn't love her and surprised when Valencia forgives him. Josh is so grateful he decides to forget about going to Hawaii and opts to stay home with Valencia. Rebecca goes back to her place and considers the possibility that she is not the hero of the story (♫ I'm The Villain In My Own Story ♫). In her depressed state she arrives late for the Mayor's ceremony. Rebecca receives the key to the city but instead of giving a speech she runs away. Over at Home Base, Greg confronts Heather about her behavior and learns she is upset about their break up. Rationally she understands he doesn't care for her the same way she does but emotionally she is still depressed.

Heather tells Greg that for now he's just going to have to put up with her mood swings. Meanwhile at Josh and Valencia's apartment the couple bask in their restrengthened bond. However, Josh feels resentment when Valencia vetoes a dinner suggestion he makes and instead decides on her plans. Over at Cup of boba, White Josh runs into Darryl in line. Darryl confesses that although he's been on a few dates since they last saw each other he didn't like anyone as much as Josh. Wilson is flattered by the compliment and decides they should start things over with a clean slate. Elsewhere, Rebecca boards an airplane to an unknown destination and is shocked when Dr. Akopian has the seat next to her. With five hours of flying ahead Rebecca finally agrees to have a therapy session with Akopian.