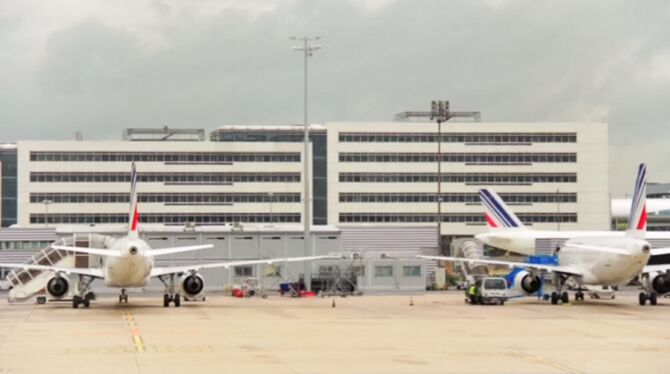 In 2015, Rebecca Bunch had a reunion with her ex-boyfriend Josh Chan and she decided to romantically pursue him to his hometown of West Covina. She flew from New York City to California arriving at the Los Angela's International Airport and took a cab to her new home ("Josh Just Happens to Live Here!"). However, several months into her time there she made another abrupt decision to return to New York. She booked a flight because she was depressed about overhearing Josh rejecting her. After arriving at LAX and boarding the plane she ran into her therapist Dr. Akopian. The meeting inspired a dream which convinced her to fly back to West Covina and she arrived 10 hours later at LAX ("Josh Has No Idea Where I Am!").

In 2016, Rebecca had hooked up with Josh and his friend Greg Serrano but wound up rejected by both of them. Greg missed a scheduled rendezvous with her and booked a flight to Atlanta to follow his dream of attending Emory University. At LAX he said his goodbyes to his crew and Chris. Rebecca found out he was leaving via a snap chat update and drove quickly to the airport arriving just in time to catch up to him. Greg told her their relationship was a mess but even so he still loved her and wouldn't forget their time together (♫ It Was a S*** Show ♫). Rebecca tearfully watched him leave as he ascended an escalator to get to the boarding gate for the airplane ("All Signs Point to Josh...Or is it Josh's Friend?").