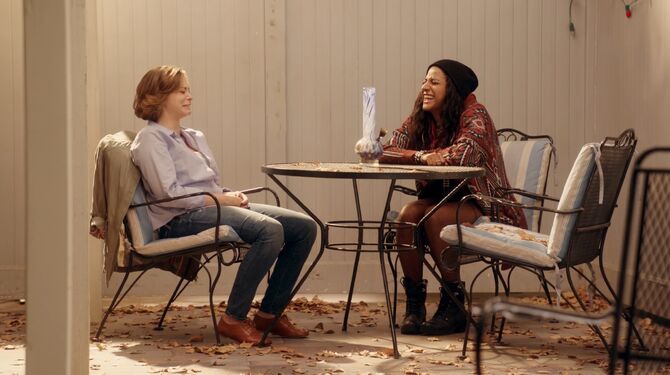 Marijuana (officially known as Cannibis) is the drug also commonly known as "pot" or "weed". Although it has legitimate medicinal uses it is also a popular recreational narcotic. When smoked and then inhaled it creates an altered state of perception and a sense of euphoria (or "High"). The drug is smoked either as a makeshift rolled up cigarette or through a filtration device called a bong. Both Heather Davis and Father Brah are frequent users of the drug. It's first appearance was in the Season One episode "I'm So Happy That Josh Is So Happy!".

In 2015, Rebecca Bunch was depressed about her object of affection Josh Chan moving in with his then girlfriend Valencia Perez. She was so upset she couldn't focus on an assignment for work. Among the many distractions was a failed therapy session with Dr. Akopian and an ADD pill she found at her office. Once the stimulation wore off she called her neighbor Heather Davis who brought her stash of marijuana . Together they smoked the weed using a bong and while high they decided to go back to Akopian's office for more drugs. They broke into the doctor's house to steal her prescription pad only to be caught by Akopian herself ("I'm So Happy That Josh Is So Happy!").

The following year, Josh was driving back from Los Angeles after participating in a class action lawsuit Rebecca was heading up. After the case was thrown out of court he and Rebecca shared a moment and kissed. He went to see his friend Father Brah to talk and found him in his office at Our Lady of West Covina. Brah seemed a little off which Josh discovered was because he had just been smoking pot. Brah claimed it was prescription weed and was strictly for medicinal use due to back pain he had. Despite his altered state of mind Brah was able to advise Josh to confess what happened to Valencia ("Josh is Going to Hawaii!").

In 2016, Josh went to see Father Brah at church to discuss his new girlfriend Rebecca Bunch. They were outside in the courtyard sitting on a bench and as they talked Brah was looking into the distance with a pair of binoculars. Despite his being distracted Brah listened to Josh's worries about whether his latest relationship will last. Brah reassured his friend while still searching intently for something. Josh assumed his friend was bird watching but was corrected when Brah explained he was trying to find his stash of marijuana. He had hidden it in one of the trees across from them and finally managed to find which one it was in ("Will Scarsdale Like Josh's Shayna Punim?")

Valencia, Paula and Heather returned to Rebecca's house after a night of searching for their friend who had gone missing after a failed intervention. Paula asked Heather and Valencia if what Rebecca said at the intervention was true about her being a bad mother. She was surprised to find them giving a non-response hinting that they agreed with Rebecca's statement. Valencia told Paula that her son Brendan was her weed guy. Paula was inappropriately delighted her son had started his own drug selling business until both Heather and Valencia gave her reproachful looks ("Josh's Ex-Girlfriend is Crazy.").

Paula learns her son Brendan no longer sells weed and plans is to travel overseas with "Peeps For Peace." Eventually she accepts this and although she admits she never really believed in him she's proud he proved her wrong. She also mentions she always knew about his hiding spot in the ceiling where Brendan kept his drug stash ("I'm So Happy For You").