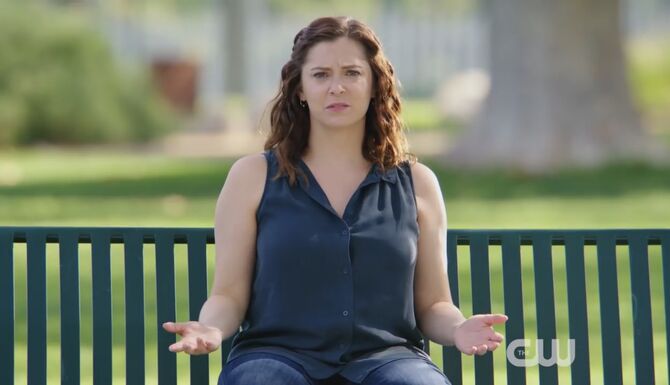 "Meet Rebecca!" is the final theme song for "Crazy Ex-Girlfriend." In it a singing narrator attempts to explain Rebecca's personality but eventually gives up. The song debuted in Season Four episode "I Am Ashamed." Several different slight variations of the song appear throughout the rest of the season. Debra is played by Siri Miller who is credited as "Fabulous Girl".