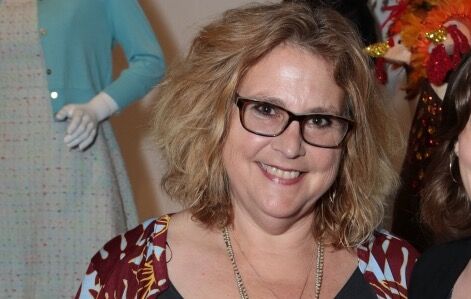 Melina Root is an American two time Emmy award winning costume designer who studied at Yale University. Melina has had an over twenty year career working in Hollywood for various television productions. Her earliest work was on a 1990 episode of "Saturday Night Live" hosted by Dennis Quad. Her longest production tenures have been on the NBC sitcom "3rd Rock From the Sun" (1996-2001) and her eight year run (1998-2006) on the Fox sitcom "That 70's Show". She was awarded Emmys in the category of "Outstanding Costume Design" for her work on both series in 1997 for her NBC show and 1999 for the Fox comedy. She is currently the head of wardrobe and costume designer on The CW show "Crazy Ex-Girlfriend". On August 2, 2016, a number of Root's costumes and outfits she designed for the show in Season One was featured in the FIDM Museum's "Outstanding Art of Television Costume Design" exhibition.