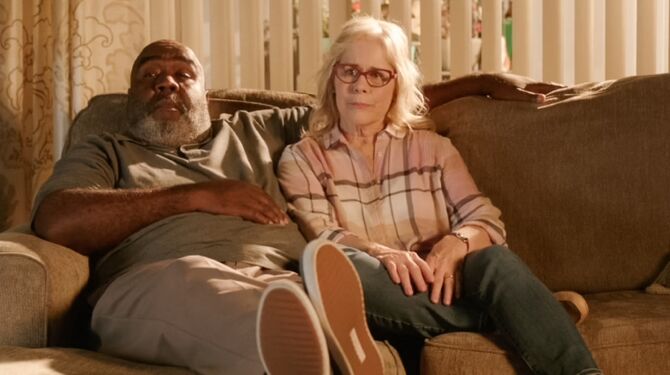 Mr. and Mrs. Davis are the parents of Heather and were once the next door neighbors of Rebecca Bunch. They were natives of Michigan who met each other when they were in college at the University of Michigan. Unlike their daughter they have a cheerful disposition and are very friendly. Rebecca had met them repeatedly but didn't remember them even after being reminded of various encounters they had. Their first appearance was in the Season Two episode "When Will Josh and his Friend Leave Me Alone?". Mr. Davis is portrayed by P.J. Brown and Mrs. Davis is portrayed by Christine Estabrook.

One night in the latter half of 2016, Mr. and Mrs. Davis's apartment was nearly burned down. At the same time they had an unexpected visitor at their home, Rebecca Bunch who was their next door neighbor. Their daughter Heather let her in and it was revealed she was responsible for the fire. Despite having met her several times Rebecca seemed unaware of who they were. Mr. Davis reminded Rebecca that their parking spots were next to each other and she always scraped the side of his car. Mrs. Davis added that Rebecca's Playbill magazine was always sent to their place by accident. Although disappointed Rebecca still didn't recognize them they warmly welcomed her to stay at their home.

Mrs. Davis got her a blanket while Mr. Davis offered to cook Rebecca pancakes which she misunderstood to mean right at that moment. Mr. Davis was a good sport and complied cooking both his cat eared and blueberry variations. When Rebecca went to work that morning Mrs. Davis lent her some clothes. Her daughter Heather just missed Rebecca before she left and wasn't able to warn her. Heather showed her mom an embarrassing YouTube video featuring Rebecca's frantic 911 call that had gone viral overnight. Rebecca came back she told the Davis family she had an idea to rebrand herself to get over her past recent events. She intended to win the “Miss Douche” contest and needed a complete make over which Mrs. Davis was excited for.

She used the Davis family’s home to stage this rebranding, hiring a hairstylist, a fashion expert and a spray tan technician. The day of the contest, Mr. and Mrs. Davis were there along with Heather to support Rebecca. Their nieghbor had a sudden change of heart and decided to drop out of the competition. Afterwards, Mr. And Mrs. Davis comforted Rebecca and told her it’s okay to quit just as Heather usually did. Heather then showed up and revealed the judges picked her out of the audience to be Miss Douche. Heather told her parents she loved them but they were never as tough on her as they should have been. To Mr. and Mrs. Davis’ surprise their daughter told them she’s moving out and finding a place with Rebecca ("When Will Josh and his Friend Leave Me Alone?").

In 2018, Mr. and Mrs. Davis were invited to their daughter Heather’s wedding to her boyfriend Hector at Our Lady of West Covina church. It was a surprise ceremony put together at the last minute by Heather with her friends Beth and Valencia Perez. Heather already had a quick and informal wedding but this event was to be for Hector and all their family and friends. Mr. Davis happily escorted Heather down the aisle and when they reached the altar he shook Hectors hand. He joined the young man’s hand with his daughters and patted him on the back. Mr. Davis then took Heathers bridal bouquet and stood next to his wife to watch the rest of the ceremony ("I'm On My Own Path").