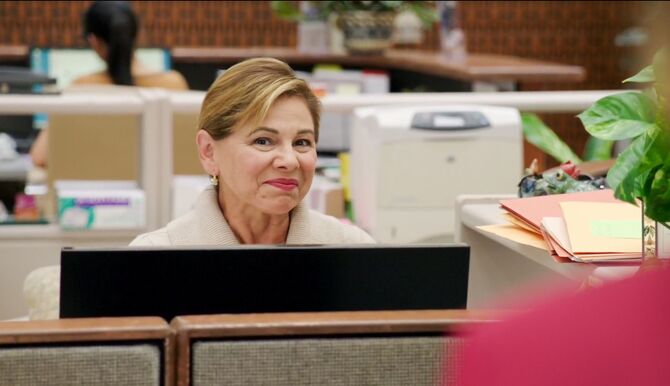 Mrs. Hernandez is the communications director at Whitefeather & Associates. Initially it seemed as if she didn't actually speak much but it’s later revealed she is very outspoken and opinionated. This attitude is probably what made her good friends with her co-worker Paula Proctor. She was at first one of the few people aware of the true reason Rebecca Bunch moved to West Covina and even assisted in schemes involving Josh Chan. However, she eventually became critical of Rebecca and the surlier aspects of her personality became more prominent. Mrs. Hernandez is also known for her firm handshake and is an avid Parkour practitioner. Her first appearance was in the Season One episode "Josh Just Happens to Live Here!". She is portrayed by actress Gina Gallego.