My Sperm Is Healthy 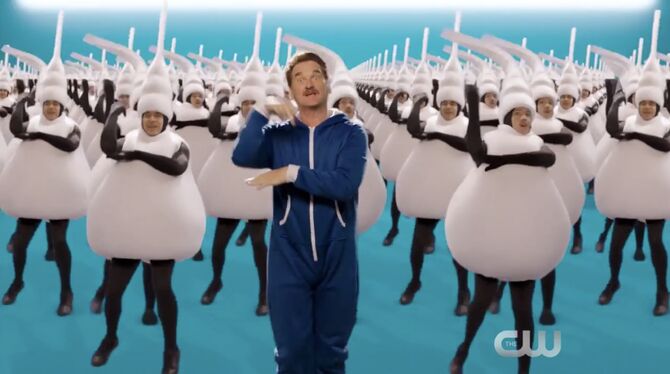 “My Sperm Is Healthy” is a musical number performed by Darryl Whitefeather. In this song in which Darryl is excited to learn that his sperm was healthy and rejoices in this news with his staff. This song debuted in the Season Three episode "Nathaniel Needs My Help!.” It is one of several songs from the show to have an explicit version that was released on Rachel Bloom’s Youtube channel racheldoesstuff.