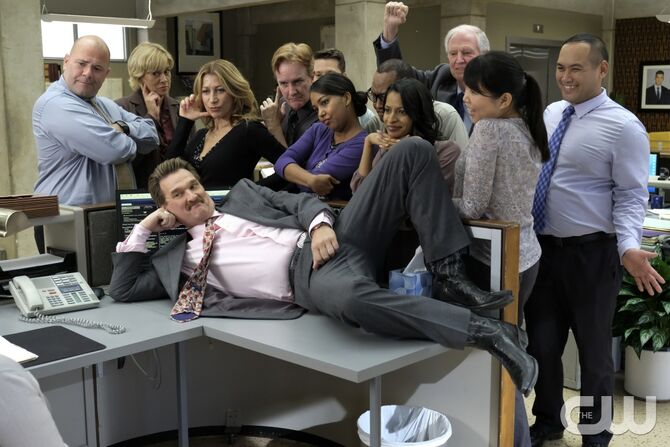 Two weeks after her trip to Buffalo, Rebecca has been spending her nights with Nathaniel at his apartment. She is excited he considers them to be in a relationship but worries she’s repeating obsessive patterns. At her therapy session with Dr. Shin he tells her to keep this in mind as she gets to know Nathaniel. At Whitefeather & Associates, Paula offers to help Darryl pick an egg donor from a catalog and suggests he check the viability of his sperm. That night at Nathaniel’s apartment, Rebecca gets her boyfriend to talk about his past. As a child he was closer to the gardner Esteban than his parents although today he has a good relationship with his mom but not his father.

At the law firm, Paula chooses donor 456H76 but the egg is unavailable. Elsewhere, Rebecca sneaks in and asks George to get her Nathaniel Seniors schedule. Over at the Chan residence, Lourdes tells Josh to pack up his things. He is to move in with Hector and his mom and Josh's room is to be used for a daycare service. At the same time, Rebecca tells her plans on improving Nathaniel and his fathers relationship to Dr. Shin and her therapy group which includes Lana, Clarice, Bert and Rick. Shin and the others believe her meddling is a bad idea but Rebecca sees it as a good deed. At the park, Paula tracks donor 456H76 while Darryl is at the San Gabriel Fertility clinic getting his specimen tested.

George is summoned to Rebecca’s house and made an unwilling accomplice to her scheme. They go to a golf course Nathaniel Senior is supposed to be and follow him when he drives off with a woman. The pair meet up with a young girl and Rebecca concludes she is Senior’s illegitimate daughter and Nathaniel’s half-sister. At the Chan residence, Josh puts off packing when he finds his old karaoke machine. Meanwhile, Paula pleads with donor 456H76 to allow her egg to be used as Darryl learns from the clinic his sperm is healthy (♫ My Sperm Is Healthy ♫). After some consideration, donor 456H76 gives her consent although Paula puts off hearing her stipulations to tell Darryl the good news.

That night, Rebecca gauges Nathaniel's reaction to the idea of having a sibling. Across town Josh continues to procrastinate only to have his mom tell him he needs to move out now (♫ Get Your Ass Out Of My House ♫). The next day, Darryl tells Paula that the fertilization is happening. Unfortunately, donor 456H76 blackmails Paula for more money if the procedure succeeds. Otherwise she’ll tell the authorities how her anonymity clause was violated. At Sugar Face, George lies to Nathaniel about meeting a client so Rebecca can introduce him to his ‘sister’ who she also tricked into coming. Rebecca then learns the truth; the girl’s mom was Nathaniel Senior’s secretary for 30 years and he pays for her daughter’s tuition.

At the Chan residence, Josh realizes his time with Rebecca had a profound affect on him. Back at the law firm, Darryl learns the procedure failed which relieves Paula. However, Darryl is depressed as he can’t afford another attempt for a year. That evening, Nathaniel chooses to forgive Rebecca knowing that she meant well. Despite Rebecca’s tendency to go too far he believes her to be a positive influence on him. The next day at her therapy session, Dr. Shin warns Rebecca that even if she had good intentions she may be falling into another obsession. Rebecca realizes this may be true when she finds herself repeating statements about Nathaniel which are similar to what she used to say about Josh.

Back at the law firm, Paula learns Darryl sold all of his Native American decorations to fund another attempt at fertilization. Although Paula is hesitant, Darryl insists he needs her help when he goes through the process again. At her house, Rebecca recounts more obsessive behaviors she had with Josh and Nathaniel. She is then surprised when she has an unexpected visit from Josh. He thanks her for changing him for the better and helping him to break out of his patterns. Josh also owns up to being a coward when it comes to making hard choice, particularly when it’s the right thing to do. This spurs Rebecca to make a decision and she goes to Nathaniel’s apartment to tell him something.

Retrieved from "https://cxg.fandom.com/wiki/Nathaniel_Needs_My_Help!?oldid=15400"
Community content is available under CC-BY-SA unless otherwise noted.