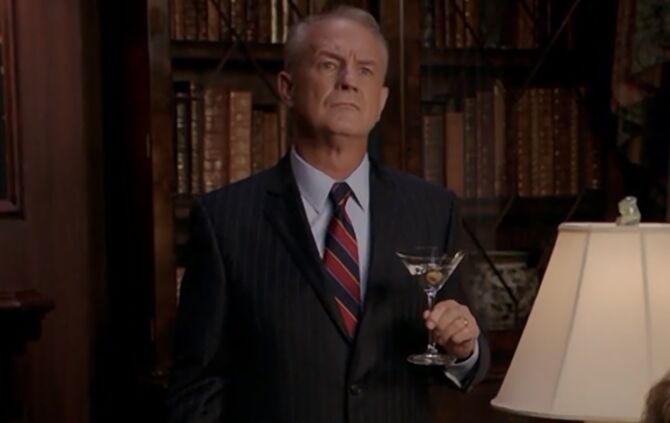 Nathaniel Plimpton II (also known as Nathaniel Senior) is an attorney and senior partner at the Los Angeles based law firm of Plimpton, Plimpton & Plimpton. He is the son of the original Nathaniel Plimpton Senior, is married to Gigi and together they are the parents of Nathaniel Plimpton III. His first appearance was in the Season Two episode "Is Josh Free in Two Weeks?" He is portrayed by actor David Grant Wright.

In 2016, Nathaniel Plimpton II and his partners at Plimpton, Plimpton and Plimpton were looking to expand their business into the San Gabriel Valley. A high profile case against Greater City Water led by West Covina attorney Rebecca Bunch made them interested in her firm Whitefeather & Associates. He sent an offer to owner Darryl Whitefeather to buy half ownership of the smaller firm. The deal was quickly made and he had his son Nathaniel Plimpton III move to town to oversee the newest acquisition ("When Do I Get to Spend Time With Josh?").

Later that year, Nathaniel II went the West Covina branch for a surprise visit. After stepping out of the elevator he was proud to see a portrait of himself, his father and his son prominently on display. He was then greeted by the firm’s head of paralegal Paula Proctor and the co-owner Darryl Whitefeather. Senior ignored them and made he way to his son’s office where he was appalled to find Nathaniel asleep. He woke his son up and began to berate not only his weakness but his shabby appearance. Senior ignored Nathaniel’s excuses told him that he’d return after his son got cleaned up ("Is Josh Free in Two Weeks?").

At the Plimpton estate, Nathaniel Senior was enjoying an evening with his wife Gigi when they were rudely interrupted by Nathaniel III. His son demanded to know if a memory he had from childhood involving his mother attempting suicide was true. Nathaniel Sr. dodged the question as he was upset at his son’s impertinence. Gigi claimed to not remember and retired to her bedroom. Senior was furious and attributed Nathaniel’s new change in antittude to him becoming softer since moving to West Covina. With his evening ruined Nathaniel II told his son to leave his home ("Josh is Irrelevant.").