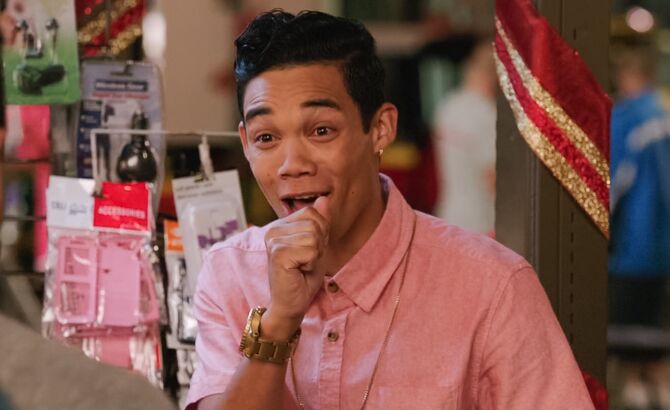 Nguyen is a teenage Filipino resident of West Covina, California who is a member of a high school dance crew. During the winter holidays he and his crew were set to put on a show at the local Mall. Before the performance he ran into an idol of his named Josh Chan, an alumni of his school who once won a dance championship back in the day. His first appearance was in the Season One episode "My Mom, Greg's Mom and Josh's Sweet Dance Moves!". He is portrayed by actor Roshon Fegan.

In December of 2015, Nguyen was at the mall checking out some smart phone protectors at a kiosk when he recognized a well known alumni from his high school. It was Josh Chan, the captain of the 2006 national hip-hop team and creator of the move the "Swoop bye-bye". Nguyen told Josh that he and the current dance crew were performing in the Winter Wonderland at the mall's plaza. He asked Josh if he would be interested in stopping by the team's rehearsal and give them some pointers. Josh was flattered and joked about his qualifications before executing a perfect standing back flip which greatly impressed Nguyen.

Nguyen extended his invitation once more but was disappointed when Josh had to decline. He explained couldn't go because he had to work a double shift at the Aloha Tech Center but wished Nguyen good luck. On the day of the event, Nguyen was surprised when Josh showed up right before he and his crew were to go on stage. Josh explained he had his mom call in sick for him so he could see them perform. He advised them to cherish their lives as they are now because they are moments they will look back upon with fondness. Nguyen made a snap decision and yelled out as if in pain. He pretended his ankle was hurt and that he couldn't perform.

He told Josh a substitute was needed hinting that he wanted Chan to replace him. It took Josh a minute to get what he was suggesting and Nguyen told him that it's never too late. Josh took his spot and was center stage dancing seamlessly alongside a much younger crew. Afterwards Nguyen congratulated Josh for his amazing performance as he left the stage. Although Nguyen told him he still had it Josh denied this was the case. While Josh appreciated Nguyen's praise he admitted that the routine put a strain on his body and he was now in great pain. Josh told Nguyen that he was no longer a young guy and that it was time to move on and grow up ("My Mom, Greg's Mom and Josh's Sweet Dance Moves!").