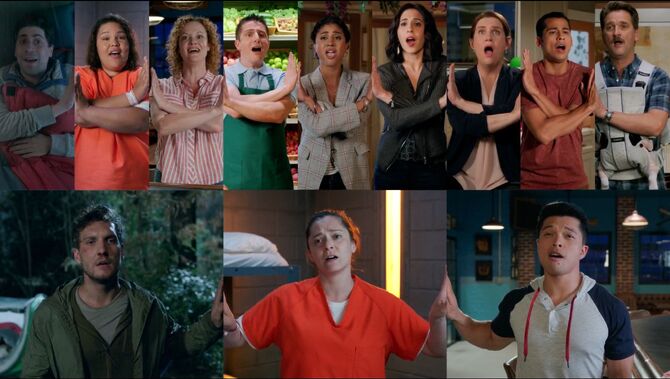 No One Else Is Singing My Song
Performer(s): — First Appearance: "I Want To Be Here"
Written by: Adam Schlesinger, Steven M. Gold

"No One Else Is Singing My Song" is a performance by Rebecca Bunch, Nathaniel Plimpton III and Josh Chan. In this song all three lament how no one else can understand them. It debuted in the Season Four Episode "I Want To Be Here." It is track number two on the Crazy Ex-Girlfriend: Original Television Soundtrack (Season 4).

Retrieved from "https://cxg.fandom.com/wiki/No_One_Else_Is_Singing_My_Song?oldid=19016"
Community content is available under CC-BY-SA unless otherwise noted.