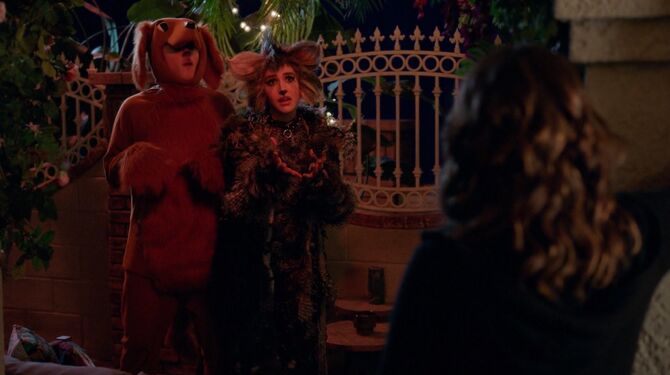 "Nostalgia Cat song" is a musical performance by the Nostalgia Cat. In this song a figment of Rebecca Bunch's imagination recalls the time when she used to have sex. Her musical interlude is interrupted by Doggy Dog who tries to do a rap. The song debuted in the Season Four episode "I Need Some Balance."