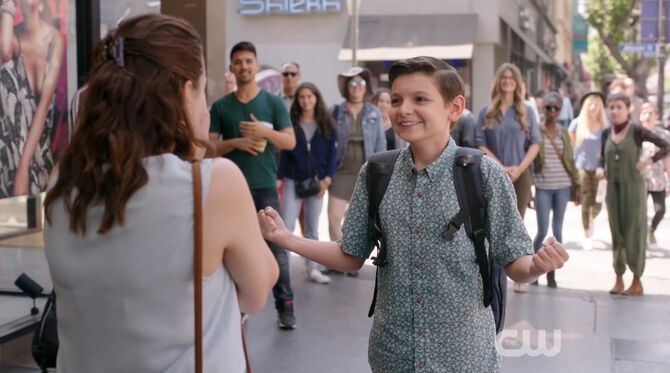 "One Indescribable Instant (reprise)" is a song from the popular animated film "Slumbered". This version is sung by Rebecca Bunch's half-brother Tucker. After the song, she contrasts his musical talent with her own, noting he's great in real life and not just in his head. The song was reprised in the Season Four episode “I'm Making Up For Lost Time”.

This version leaves out the "barely believable / truly unlikely / but not inconceivable / what, are you kidding me? / no, it's for-real-able" lyrics.

Rebecca briefly joins in to harmonize with Tucker but is terribly off-key since in real life she can’t sing. This continues the running joke of Rebecca’s lack of musical ability.