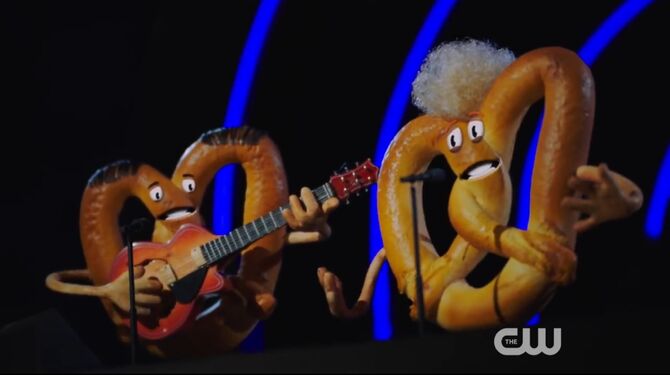 "Our Twisted Fate" is a performance imagined by Rebecca Bunch involving singing stop-motion animated pretzels. In it the snacks get salty about Rebecca's constant use of them as in symbols in her life. It debuted in the Season Four Episode "I'm On My Own Path."