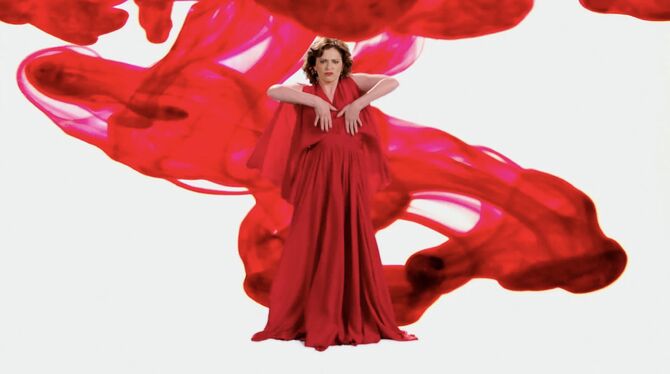 Period Sex is a music video featuring the character of Rebecca Bunch performing the titular song. In it she extols the joys of having intercourse while being on her period. At certain points the video is intercut with clips of the other characters on the show speaking specific words which make up the refrain of the song. It was first heard in the Season Two episode "All Signs Point to Josh...Or is it Josh's Friend?" but wasn't heard in its entirety until it was uploaded on Rachel Bloom's YouTube channel (see Notes below). The song is track number 32 on the Crazy Ex-Girlfriend: Original Television Soundtrack (Season 2).

The full song never appeared on the show as it apparently was deemed "too dirty" by The CW. It was instead released on Rachel Bloom's YouTube account racheldoesstuff on January 27, 2017. Throughout Season Two lyrics from the song were briefly sung three times on the show. The first instance was after Rebecca told Josh she thought she was pregnant but realized she wasn't after getting her period ("All Signs Point to Josh...Or is it Josh's Friend?"). Rebecca then briefly sang the song while talking to Josh's girlfriend at the time Anna Hicks at the veterinarians office ("Who's the Cool Girl Josh Is Dating?"). It's third appearance was when Rebecca's mother Naomi Bunch started singing the song when Rebecca and Josh travelled to Scarsdale and stayed at her home ("Will Scarsdale Like Josh's Shayna Punim?"). In Season Three Trent Maddock briefly reprised the song in the episode "Trent?!"

Retrieved from "https://cxg.fandom.com/wiki/Period_Sex?oldid=16587"
Community content is available under CC-BY-SA unless otherwise noted.